Join our list for updates and action alerts: click here   Contribute: click here
2020 Session on Hold Due to Pandemic, However- CCAG, in coalition with our state and national partners and Connecticut citizens, continues to take action on the planned issue agenda- including all we can to do to protect our democracy.
DEMOCRACY IN ACTION 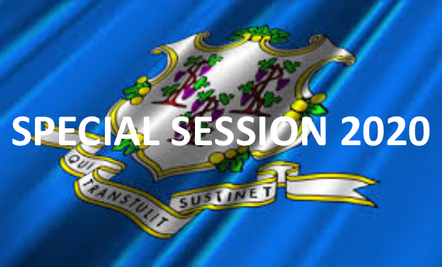 ​Congratulations to all for a successful Special Session, your voices have been heard! Due to thousands of citizen's efforts, the following protection passed.
​
HB 6002 An Act Concerning Absentee Voting and Reporting of Results at the 2020 State Election and Election Day Registration: This bill adds a one-time COVID-19 excuse to safely vote absentee in the most important election of our lives- the 2020 general election on November 3rd.The House passed this bill with an overwhelmingly bipartisan vote 144-2. The Senate voted 35 to 1.
DEMOCRACY 2020- Pre Covid.
​
Automatic Voter Registration (AVR). Important voting reforms that would have increased participation, would have saved towns money, and would have eliminated the nightmares we saw in some municipalities on election day in 2018 were never voted on in the Senate in 2019. In 2020 we have another chance at passage. CCAG will be pushing AVR and early voting this year in order to ensure that our democracy becomes stronger and more vibrant than ever. A public hearing was scheduled for Feb. 28th. ​

​CONNECT THE DOLLARS PROJECT (CDP) is a collaboration of Common Cause in CT and CT Citizen Action Group to expose attempts to buy our state.

At this time we are monitoring and analyzing independent expenditures which are designed to influence the preferences and behavior of voters. During a primary campaign or general election campaign period, committees spending on statewide or General Assembly candidates that in the aggregate exceed $1,000 must file reports within 24 hours of making or obligating to make the expenditure.

​Connecticut is witnessing exactly what opponents of the Supreme Court’s 2010 Citizen United ruling warned us about. Read the report here.
​
In a comprehensive review of all reported Independent Expenditures through October 11th- Connect the Dollars Project, (a collaboration of Common Cause in CT and CT Citizen Action Group) attempts to shine a light on how dirty money is corrupting the principle of one person one vote in CT and begin to educate the public about this. Read the Executive Summary here.
DEMOCRACY- VICTORIES AND MORE WORK TO DO 2019- updated June 15th 2019

SB 24, AAC Automatic Voter Registration (AVR). In a nutshell, important voting reforms that would have increased participation, would have saved towns money, and would have eliminated the nightmares we saw in some municipalities on election day in 2018 were never voted on in the Senate. We are pushing for this issue to be addressed in a September special session.

HJR161, for Early Voting passed, meaning it will go to the legislature one more time in 2021 and then can appear on the 2022 ballot for approval by voters. CCAG may come back next year to make a few improvements to the bill.

We successfully defended the critical Clean Elections Funding. These funds are attacked every year.  Many candidates, for the roughly ten years of its operation, run without big donations from the wealthy few.  You can find a direct link to clean elections in every victory listed above.