Legislative Solutions Under Consideration in 2017:

PROTECTING THE CITIZEN’S ELECTION PROGRAM: CCAG was instrumental in establishing our landmark Clean Elections Program (publicly-owned elections). 2017 will include protecting the system from being overwhelmed by independent expenditures. 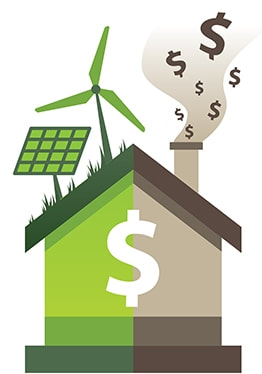 Lawsuit Filed Against Connecticut for Budget Raids on the Clean Energy and Efficiency Funds.  On May 15th, CCAG, other advocates, environmentalists and energy businesses united to sue the state for an unconstitutional seizure of $155 million in ratepayer funds to plug last year's budget gap and to prevent future raids of the funds.

Last year the State of Connecticut decided to take $155 million in funds paid by residents on their electric bills for specific energy efficiency and clean energy services for ratepayers, and used it to plug an unrelated budget hole.

We believe the state’s action is illegal and unconstitutional and are demanding these funds be protected and used for their intended contractual purpose: energy efficiency and clean energy projects that reduce home energy bills, generate economic activity, and reduce air pollution.

If the funding sweep is upheld, almost 13,000 homes will miss out on energy assessments, weatherization and energy bill savings in 2018. The sweep also jeopardizes more than 6,800 jobs; the U.S. Dept. of Energy estimated last year that the state’s efficiency programs have created close to 34,000 jobs.

​Connecticut small business owners are being crushed by ever rising premiums, out of pocket costs and skyrocketing prescription drug prices.

​Join CCAG and allies as we build the momentum to make a CT Public Health Care Option a reality.

UPDATE! The bill has been voted out of appropriations
​